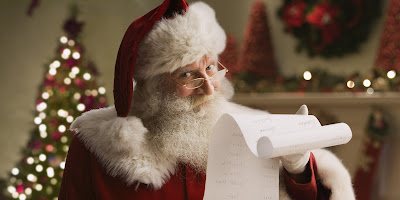 I've always hated outwardly lying to anyone. I feel like 1) I'm not good at it, 2) it's not a healthy habit to get into, and 3) when you are caught in white to major lies, you have to rebuild trust. I'm not saying I've never lied, merely that it's a trait I try not to foster and one I find awful in other humans who practice lying regularly.

There is a very good reason I answered like this. All children will interact with other adults that don't know their level of belief in these things. If I said, "No, Santa Claus is totally real," then I would render all the adults in their lives to be liars or they would doubt my truthfulness. I don't want to do that to any child, least of all my own. It's beautiful when children believe in lovely things like Santa Claus, but if they ask you for truth, be careful with them. You don't have to lie to make them feel better.